Eva Longoria revealed in an interview that reports of David Beckham might partner pop star Robbie Williams in a quirky cameo as Wisteria Lane’s first gay couple were wide of the mark. 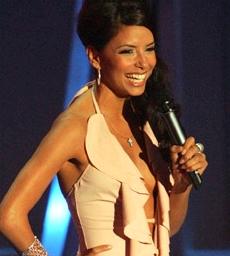 The actress has revealed that she broached the subject with Victoria Beckham in a recent conversation, saying, “No, talked to Victoria the other day. I told her about that rumor, she was laughing. David had a good laugh out of it. No, they are not coming on the show.”