Eva Longoria is giggling about a speculation that she got a sex tape. It is because she and new husband Tony Parker are too “square” to film their lovemaking. 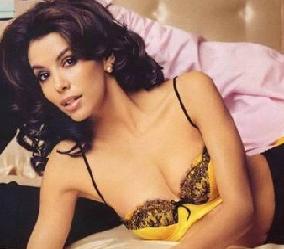 The Desperate Housewives actress insists British tabloids have missed the joke in a spoof sex tape she filmed with comedian Perry Hilton for a certain website. She also insists that she and her husband have never filmed themselves in the bedroom, saying, “Everybody was calling me (when the story broke) going, ‘Oh my God…’ We never made a tape… We’re very square, boring people.”

But Eva Longoria loves the online spoof film, in which she pokes fun at her hit TV show while bouncing around on a bed in her lingerie.

She added, “It’s like the non-sex video because we don’t have sex… It’s so funny… Tony thought it was so freakin’ hilarious… But it’s a skit.”