“I probably couldn’t help myself, that guyliner is so amazing,” the movie beauty sounds off her admiration for singer Adam Lambert. 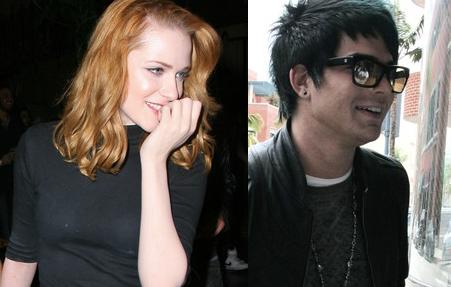 “I probably couldn’t help myself, that guyliner is so amazing,” so she says of the male music performer. “But he’s got an incredible voice, talent is very sexy. I love that he’s so androgynous, he just doesn’t care, has fun and wears whatever he wants.”

In further interview, the movie beauty talks of her tendency dating older men. “That’s just what works for me. I usually just have more in common with them for some reason. I guess because I’ve just always been around older people,” she explains.

Evan Rachel Wood set tongue waging when she dated goth rocker Marilyn Manson in late December 2006. The pair later on broke up in December last year. She has since then been romantically linked to a number of men, including Jason Segel and Mickey Rourke. Rachel is currently dating actor Shane West.