The family of Britney Spears is terrified that they will “turn on the TV and find out she’s done something terrible to herself.” 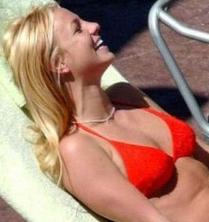 And, the mounting concern comes from troubled pop singer’s aunt Chanda McGovern, who revealed that Britney’s family was very worried that she is nearing breaking point.

The aunt also revealed that Britney’s family is begging the singer to take a break from LA and come back to her hometown, saying, “We are very worried that things are going to spiral out of control. Instead of her turning to her family she is going to turn to the friends she has been hanging with – and the partying and drugs. And whether it be intentionally or accidental, there may be a drugs overdose.”

She continued, “We are worried about suicidal tendencies in her. Everything is spiralling down and she has not got a backbone – a family member to help her. We fear that one day we may turn on the TV that she’s done something terrible to herself.”

As for the situation that Britney Spears lost custody of her kids, she said, “The kids came second and her party life came first so it really wasn’t a shock that the kids have been taken away from her. It was just very disappointing. You just want to reach out and grab her and hug her and tell her you love her. I want to knock some sense into her and say, ‘Britney – wake up!’ It’s almost like it’s a nightmare and we want her to wake up from it.”

She added, “But she’s a grown woman. She knows how to make her mind up and she’s choosing the wrong path. It’s heartbreaking. Everybody is human, but she needs to come back.”