Jael Strauss, a former “American’s Top Model” contestant, has filed an invasion-of-privacy lawsuit against photographer Marc Baptiste, ex-agent Christopher Donahue, the Millennium Agency and Rizzoli/Universe over the publication of the photos in “Beautiful: Nudes by Marc Baptiste. 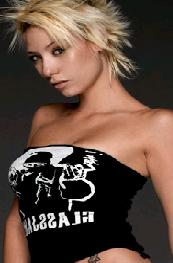 The two men allegedly published racy photographs of her without her permission, according to a report.

The former model, which was 16 at that time, was photographed for Beautiful: Nudes by Marc Baptiste, and when the show aired, additional topless and nude photos of her from that shoot hit the web.