Frances Bean Cobain is rumored to be marrying a look-a-like of her father, who is Nirvana front man Kurt Cobain. 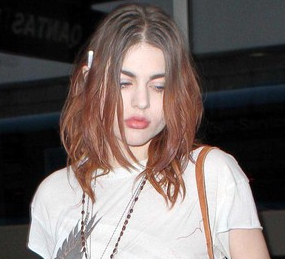 The daughter of the rocker is believed to be engaged to Isaiah Silva. The couple reportedly replaced their Facebook status into engaged couple of weeks ago. Similarities between Kurt and Isaiah: fronting their own bands, similar appearance like almost identical face shape and the same jaw length hair as well as both dyed their hair in bright red.