Tom Cruise and Nicole Kidman, the former celebrity couple, may be seeing more of each other than usual in September this year. 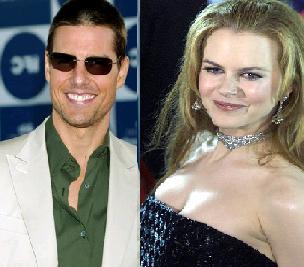 It is because they will both be filming in Berlin at the same time.

The couple, who divorced in 2001 after their ten years of marriage, are both set to film in the German capital for two months.

Tom Cruise, the star of “Mission impossible”, has already begun shooting controversial World War II movie Rubicon in the city. While filming, the actor has been accompanied by third wife Katie Holmes and their young daughter Suri.

Nicole Kidman, who recently film “Australia”, will begin filming “The Reader” in September.