Although Prince George and Princess Charlotte may not be accepting the thousands of gifts from royal fans, what are the gifts that they are going to receive this Christmas? 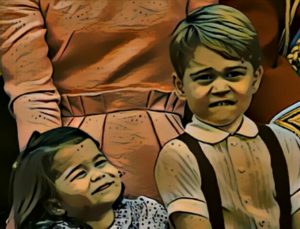 The Duke and Duchess of Cambridge are believed to be very careful about how many gifts their children are given.That’s why, many of the gifts are donated to charity after few gifts remained for them. A police car is the most likely gift for Prince George after requesting the toy from Father Christmas. And a doll house will be a strong choice for Princess Charlotte this year. A spokesperson for Kensington Palace confirms that some gifts, which are sent to Prince George and Princess Charlotte are given to organisations who can make good use of them. The spokesperson adds that Prince William and Duchess Kate are thankful for the warmth and generosity that has been extended to their children from members of the public. Meanwhile, a police car is the only toy that Prince George wants to ask from Santa during his royal’s father recent trip to Helsinki. He also adorably circles ‘nice’ in ‘naughty or nice’ question. The royal tot and his sister will also receive their gifts on Christmas Eve because the royals traditionally exchange gifts on that festive day.