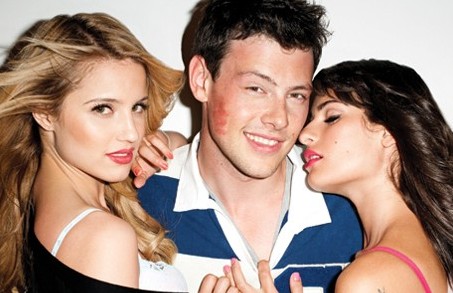 Both “Glee” girls wore racy schoolgirl outfits as they pose with Cory and look flirtatiously at the camera. In the interview, Lea admitted of having no nose job and closeness of the whole cast.

Diana hopes that the racy photos won’t spark rumors of being lovers off-screen with a co-star. And Cory thought his high school days in real life were different than “Glee.”