Hayden Panettiere, who actually called police after she allegedly tried to order a drink at a nightclub, got busted and had her license taken away. 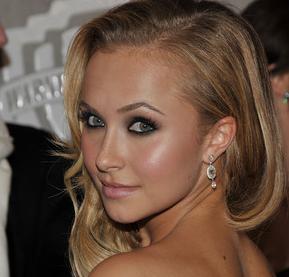 According to a report, the owner of the Suffern, New York, club, NV, the Heroes star, 19, approached the main bar, ordered a drink and was asked to show her ID. The bartender saw that she was under 21, confiscated her license and escorted her and her friends out of the bar.

Hayden was so upset, she called local police. Below is the 9-1-1 transcript of Panettiere’s call.

Pannettiere: “Hayden…I went into a bar and I showed them my ID. They let me in and um…he took my ID and he won’t give it back.”

Pannettiere: “Yeah, and I need to get on a plane in a couple of days and I really need my ID back…I live in California.”

Pannettiere: “Thank you very much.”

Hayden was reportedly crying when she tried to get her ID back. She denied to authorities that she tried to buy a drink at the club. Police asked the club owner to return Hayden’s driver’s license.

The club owner says the Heroes star is “welcome to have dinner at NV, but to party you have to be over 21.”