Heather Graham, who played Felicity Shagwell in Austin Powers film, blames her strict Catholic upbringing for making her uncomfortable around the opposite sex. 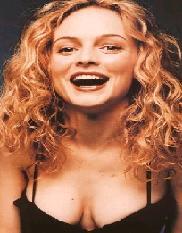 The 37-year-old actress admits struggling with relationships and her sexuality because of a religiously repressed childhood.

She revealed, “I was always taught that sex was merely something to do once you were married so that you could have children. Not surprisingly, I grew up feeling that sex must be a bad thing and I used to feel guilty as a young woman for having any kind of sexual thoughts.”

She added, “Men I meet tend to think of me as this super sexy, wild woman, when in fact it has taken me a long time to be able to express that side of myself.”