Prince Harry, 22, has been planning his two weeks leave from Iraq, before he has even left the country. The prince is set to travel to Iraq with the Blues and Royals. He is entitled to have two weeks of leave during his six-month post in Iraq. He would be able to attend the Diana concert at Wembley Stadium in memory of his mother on July 1. Harry will also return home for a polo tournament on June 19. The tournament would be held at the Beaufort Polo Club. 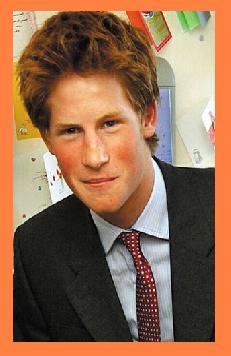 A source revealed, “It’s not yet confirmed but he’s down to play along with Prince William. He is one of the best players on the team and really wants to be there for the event.” After the tournament, Harry is going to attend an all-night party at his favorite London nightclub, Boujis. A source also revealed, “Both William and Harry are very excited. They are going to host a table and use it as an excuse to celebrate William’s 25th birthday, which is just a couple of days before.”