Hugh Grant and Jemima Khan have sparked speculations that they’ve got back together after being seen at the Ritz Hotel in Paris together. 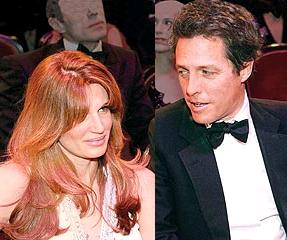 The couple secretly, then not so secretly, dated for several years before splitting in February but now a source close to the couple has claimed they’ve got back together, and Hugh has even proposed to the British socialite.

The source revealed, “The time they spent apart made Hugh realize just what he was missing without Jemima. It was a bit of a shock to him because he’s always liked to think he’s a bit of a playboy and bachelor boy at heart. Everyone’s really pleased because they make a great couple.”