Hugh Jackman reunites with Lesli Jones, who is the most influential acting teacher he ever had. 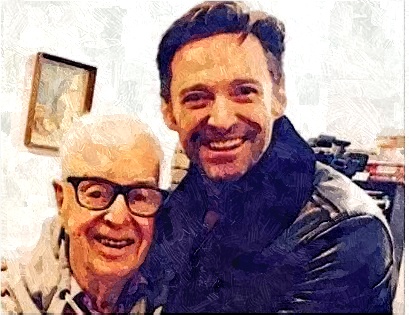 The “X-Men Origins: Wolverine” star praises his teacher for being sharp as ever. He also remembers the three things about acting, which he learns from him, “breathe, breathe, breathe! He adds that “Love you Lisle.” Meanwhile, Hugh feels so proud to stand beside his wife, Deborra-Lee Furness in Melbourne International Film Festival. He describes her as amazingly, gorgeously and talented actress.