Angelina Jolie seems to be fed up with mainstream movie-making after hiring a talent agent that will help her focus on roles in independent films. 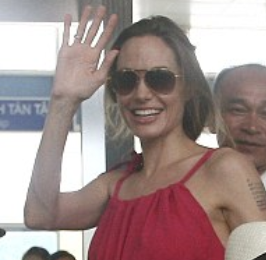 The actress has signed with Ilene Feldman at IFA Talent because she allegedly wants roles similar to those she previously taken like “A Mighty Heart” and “The Changeling.” Meanwhile, Angelina Jolie got her Bosnia filming permit back. And the film will be subtitled.