Nicole Richie was spotted while arriving at Rock & Reilly’s in Los Angeles over the weekend. 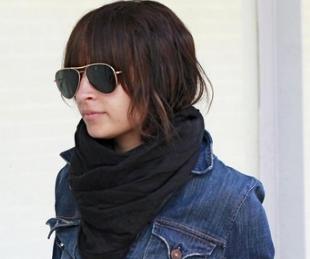 The “Simple Life” star was there to celebrate birthdays for the creator of Fox’s “New Girl,” Liz Meriwether, and Hello Giggles co-founder Sophia Rossi. And the bouncer asked her for ID, which she replied that she don’t carry ID but she is a mother. The doorman laughed and let Nicole in, where she met Zooey Deschanel, Lauren Conrad and Mindy Kaling.