Duchess Kate became the center of speculation, which suggested that there was a possibility that she could give birth this week after heading back to London. 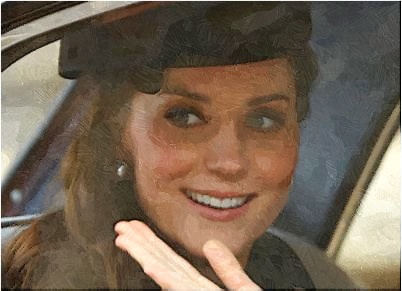 The Duchess of Cambridge has been spending the last few weeks between her parents’ home in Bucklebury and Sandringham. The 36-year-old royal, Prince William, Prince George, and Princess Charlotte spent a lovely Easter holiday with Kate’s parents Carole and Michael Middleton. The pregnant royal was also seen the weekly food shop in Waitrose. Her return to London might be a sign that the royal baby is due sometime this week because she is primed to be close to the hospital when she goes into labor. Her kids were back at school too. Meanwhile, St Mary’s Hospital has reportedly prepared for the arrival of the new royal baby by setting up barriers outside their exclusive Lindo Wing, where Duchess Kate will give birth.