According to reports, the relationship of Brad Pitt and Angelina Jolie, the stars of “Mr. And Mrs. Smith”, is on the brink of collapse. 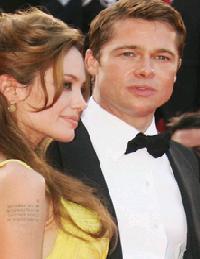 Sources revealed that their relationship has already “fallen apart”, but they are staying together for the sake of their four young kids.

A friend revealed, “They aren’t making each other happy. But they want to put on a show of togetherness for the children. Their romance has fallen apart. They’ve turned into two people staying together for the sake of their kids.”

Brad Pitt’s relationship with his former wife Jennifer Aniston is said to be a source of tension for the couple.

The former “Friends” actress has also maintained a strong relationship with Brad Pitt’s family since the divorce and his mother Jane even visited Jennifer Aniston last month.

A friend revealed, “Brad’s had enough of doing what Angie wants to do and following her around the globe. But they still have to live close to each other for the kids.”

The couple recently holidayed in France in a final attempt to salvage their romance, according to sources.

An insider continued, “They had hoped the trip would be a fresh start for them. But after a few days, they were at each other’s throats.”

The celebrity couple has already begun living separate lives. One associate revealed, “He likes to take off on his motorcycle when the strain of living with her gets too much. Angelina is worried that Brad might jut keep going one day and leave her for good”

A spokesperson for Brad Pitt has so far not commented on the reports.