Lindsay Lohan has been trying to dispel those lesbian rumors, after it has been reported she is pursuing Olympic winner Michael Phelps. 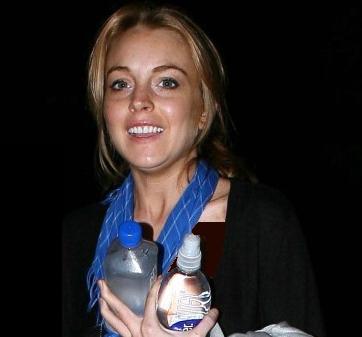 Lindsay Lohan’s interest in the medal winner began during the games, when she is said to have been texting and calling him for dates.

On a visit to the UK, Phelps’ was reportedly gloating to friends about the ex-Disney star’s infatuations.

A source was quoted as saying: “It’s become a running joke in his camp. Lindsay has been trying to meet up with him. They’re both going to the MTV Video Music Awards next month so they’ll be sure to see each other properly then. Phelps is certainly flattered by all the attention but it’s not clear how seriously he’s taking it all.”

Meanwhile, the behavior of her father Michael Lohan during these past few days has seen his daughter Lindsay retaliate with ferocity after claims that girlfriend Samantha Ronson is leading her astray.

It seems Michael’s intent on destroying his family ties as he takes the term ‘publicity whore’ to a new level.

Instead of shying away from the spotlight in a difficult time, he has begun a game of ‘tug of war’ – with not only his family but the media and public as well.