Jay-Z has proposed to long-term girlfriend, Beyoncé Knowles. The hip-hop singer popped the question during a romantic getaway to Cannes, and the “Bootylicious” singer said yes. The celebrity pair is now planning to marry in Hawaii in the fall. 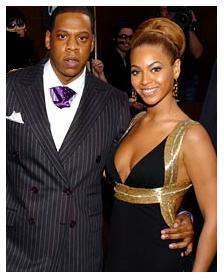 Beyoncé revealed, “I want to get married and really want a family – in a perfect world I’d have two boys and a girl. You know someone loves you by the way he treats you and respects you. Me and Jay respect each other.”

Jay-Z flew to London on Sunday night to watch Beyoncé perform at Wembley on the latest leg of her U.K. tour. The 37-year-old hip-hop singer canceled his own promotional tour of his business empire Roc-A-Fella to surprise his 25-year-old fiancée.

Sources reveal Jay-Z promised Beyoncé “the biggest diamond she can fit on her finger.” A source said, “This will be the hip-hop wedding to end all hip-hop weddings.”