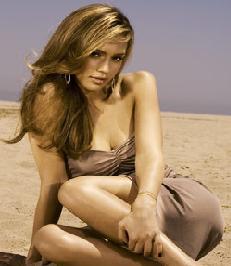 The ‘Fantastic Four: Rise of the Silver Surfer’ star is naturally slim and because she doesn’t have to diet she always has desert.

The actress revealed in a recent interview, “I think people imagine I’m on a diet all the time, but I indulge. Just the other day I had grilled cheese, soup and salad for lunch and I eat dessert pretty much every day.”

The actress also said, “I don’t eat a lot of big meals, though, so maybe that balances it out a bit. But I do need to get my sweet tooth under control.”

The actress added, “I don’t have a trainer but I work out four times a week for about half an hour, which isn’t too crazy. Mostly, I do cardio with weights and it’s kind of hell, but I know it’s good for me in the long run.”