Jenna Coleman was asked about her romantic gossip with Prince Harry when she was a guest of “Good Morning Britain” program on Monday morning. 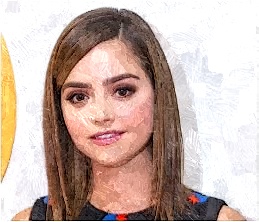 The “Doctor Who” star sparked the romance speculation with the 31-year-old royal during the time that they were pictured together in June 2015 following a charity polo match. When asked if she was together with the young prince for research of the British royal family, she looked like she was not amused with the question. Fortunately, she politely answered that the prince is her friend. Meanwhile, Jenna is going to portray Queen Victoria in a new ITV series based on the life of the monarch.