Jennifer Aniston, who will show off her directing skills at the Palm Springs Film Festival, is in final talks to star in the film “He’s Just Not That Into You.” 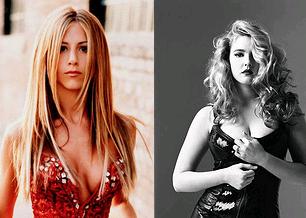 The film is a New Line Cinema’s ensemble comedy to be directed by Ken Kwapis and to be produced by Drew Barrymore and Nancy Juvonen.

The casts of the film, together with Jennifer Aniston, are Jennifer Connelly, Kevin Connolly, Bradley Cooper, Justin Long, Ginnifer Goodwin and Drew Barrymore. The film is a Baltimore-set movie of interconnecting story arcs dealing with the challenges of reading or misreading human behavior based on the best-selling book by Greg Behrendt and Liz Tuccillo.

Jennifer Aniston will play a woman in a long-term relationship with a boyfriend who will not commit to marriage.

Production is set to start in early September in Los Angeles