Jennifer Aniston and Ben Affleck, also known as “Bennifer” are perfect together in their new movie “He’s Just Not That Into You,” that it is a good thing that Jennifer Garner and Ben Affleck are rock solid because there were no gossips to mix in the new film. 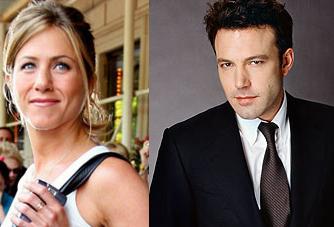 In the film set, Ben Affleck and Jennifer Aniston tied the knot on September 21 in Los Angeles’ San Pedro neighborhood. The wedding scene is for the upcoming romantic comedy “He’s Just Not That Into You”, in which the celebrity pair play a longtime couple struggling with commitment issues.

Nancy Juvonen, the producer of the film, revealed, “Jennifer is perfect for the role because there’s no coldness to her. She’s so real.” As for the chemistry between the two stars, she revealed, “They are fabulous and touching. I can’t believe no one’s put them together before.”