It was reported that Angelina Jolie gives her son Maddox $50 every time he loses a tooth. 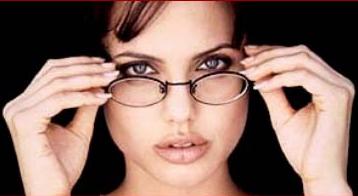 The “Good Shepherd” star pays significantly more than the average tooth fairy after it was revealed she gave her six-year-old adopted son an impressive $100 when he lost his two front teeth recently.

A friend revealed, “Angelina plays the tooth fairy, and gives Maddox a bit more than the usual $5! He gets $50 per tooth, and he’s allowed to spend his reward on anything he wants.”

The 32-year-old actress reportedly has high hopes for Maddox in terms of career choices, and is keen to see his flying his own planes by the time he turns 14.

A source revealed, “Angelina told me, ‘I want to get Maddox into planes at a certain age ─ piloting his own by 14. He’s cool, anyway. When we were in Namibia, he just fell in love with flying. Maddox has that natural performer thing. Pax isn’t like that.'”