Brad Pitt and Jennifer Aniston were being lined up to star in the ‘Time Traveler’s Wife’ – before their split. 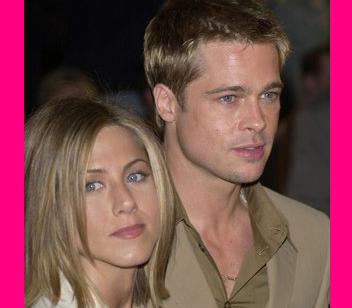 The former couple – who separated in January 2005 before finalising their divorce in October 2005 – would have been ideal for the lead roles of Chicago librarian Henry DeTamble and his love interest Clare Abshire, according to screenwriter Bruce Joel Rubin.

Bruce said: “I thought Brad and Jennifer would be perfect for this film. I just saw them as a perfect version of Henry and Clare.

“I just found them equally attractive and equally compelling and in terms of the Hollywood arena at that time, they were as good a couple as you could find.

“I was writing it in my mind for them.”

The movie is based on the 2003 book of the same name by Audrey Niffenegger which follows Henry as he discovers he has a genetic disorder which enables him to travel through time when stressed.

The starring roles eventually went to Eric Bana and Rachel McAdams, and Bruce admits the pair have done a brilliant job of bringing the characters and story to life on the big screen.

He added: “They are wonderful embodiments of who I envisioned would be on the screen.”

In the movie, Eric appeared [email protected] several times and he insists he only agreed to bare all because he was told it was scientifically accurate.

He said: “The movie’s very romantic. Henry’s just a guy who’s in love and I think that’s a masculine thing.

“We had a time traveling expert on the set who said that for a fact if Henry were to time travel he would be [email protected] We just had to take his word for it.”