Jennifer Aniston has a new beau: British model Paul Sculfor, according to online reports. The couple, which was first seen over Memorial Day weekend and have been linked ever since— and sources claim that the hot new couple have even enjoyed a few sleepovers! 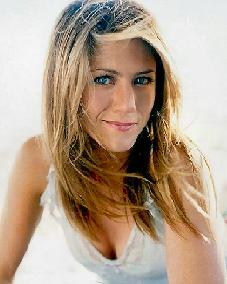 Who is Paul Sculfor? The 36-year-old Levi’s model was previously a boxer and a construction worker, but now struts his goods for hot designers like Christian Dior and Jean Paul Gaultier.

This isn’t the first time Sculfor has been linked to an actress. “The sex-bomb Brit Model,” as described by his PR, has also dated George Clooney’s ex Lisa Snowdon, though the relationship fizzled.

Paul Sculfor, who’s under contract with New York Model Management, has revealed, “It’s hard to keep keep a girlfriend in this business.” He added, “You end up conducting your relationship on the phone.”