It seems that actress Salma Hayek will soon give birth to a little baby girl. 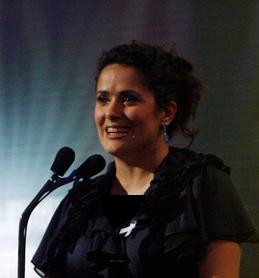 Speculations that the actress is expecting a baby girl started after she splurged $1500 on a bunch of pink things for a newborn baby.

The store even closed for an hour so that the actress could have added privacy and shop in peace.

A fellow shopper, who happened to be in the store before it closed revealed that Salma was overheard saying in Spanish, “This will be perfect for her,” about a pacifier.

After she was done, she was escorted back to her waiting car.