An insider revealed that Jennifer Aniston is in talks to pocket a cool $10 million as the new spokeswoman for L’Oréal in a series of hair commercials she’ll film this summer and that will air overseas, though her representative denies this. 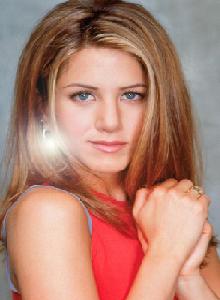 The insider revealed, “Jen’s reinventing her image. She’s going to look more dangerous and alluring than ever before.”

David Fincher, who worked with Brad Pitt on Fight Club and the upcoming film The Curious Case of Benjamin Button, will direct the spots.

The insider added, “Jen turned to David because she loves his work. The commercials will be like mini action movies.”

According to the insider, Jennifer Aniston will play the hero, saying, “She’s been dying to do an action film, and this will show she can pull it off. People are going to have to look twice to recognize her!”