Her new movie under-performs at the box office – but at least her hair looks nice. 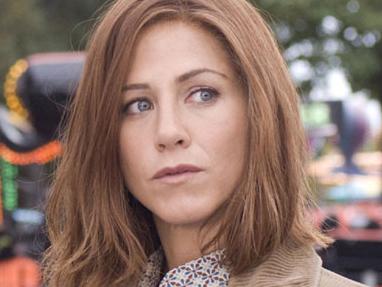 Jennifer Aniston’s dowdy transformation for new movie Management reportedly cost a staggering £10,000 – and that was just for her hair.

The actress trades in her famous sun-kissed locks for a mid-brown bob to play travelling saleswoman Sue Claussen in the flick, which hit cinemas in the US this past weekend.

“She wanted to look very different but didn’t want to cut or dye her hair,” Jen’s hairstylist on the movie, Melissa A. Yonkey, tells People.

“The color was very complimentary on her. She’s got wonderful warm skin,” explains Yonkey.

“With that blond hair, she’s very known as Jennifer Aniston and I think sometimes that takes away from watching the story.”