Jennifer Aniston joined her old classmates at Manhattan’s Rudolf Steiner School for an evening of reminiscing, 20 years after graduating. 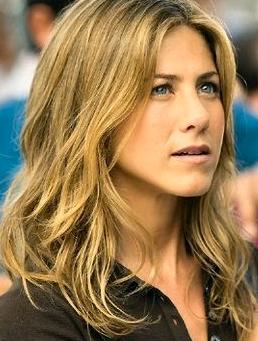 A source revealed, “Jennifer was really happy to see everybody. She didn’t play the star and was genuinely interested in finding out how everyone else’s lives had turned out.”

The 38-year-old actress enrolled at the private academy that encourages pupils to use their imagination and coordinate teaching around practical, artistic, and intellectual elements and the “natural rhythms of everyday life.” She was enrolled at the age of 11 and graduated aged 18 in 1987.

It is believed Jennifer was voted “most likely to grace a magazine cover” by her classmates when she graduated.

The former “Friends” beauty went on to study acting at the Fiorello H. LaGuardia High School of Music and Art and Performing Arts in New York.

In hit US TV show Friends, Jennifer’s character Rachel Green was the most popular girl in her high school.

In one episode, Brad Pitt, Jennifer’s husband at that time, made a cameo as an old school acquaintance who hated her so much he founded the “I hate Rachel Green” Club.