Jennifer Lawrence manages to cheer for her favorite team at the Super Bowl while she is having a Delta Air Lines on Sunday. 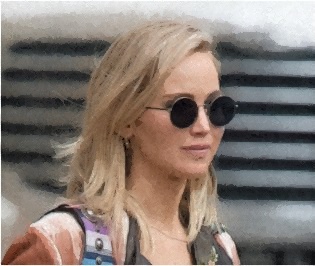 The “X-Men: First Class” star steals the scene by getting the loudspeaker and starts a chant to express her support to the Philadelphia Eagles. She tells everybody on the flight that she is not the pilot speaking and introduces herself to be Jennifer Lawrence. She also announces that it is February 4th, which is the time for Super Bowl Sunday. Then, she asks the passengers to say, “Fly, eagles fly!” She gets few cheers from the passengers. She even quotes the line from comedy film, “Bridesmaids” until the Delta’s flight attendants stop her by yelling, “Ma’am, ma’am.” The actress quickly returns to the seat and other passengers do not mind since it happens pretty quick. She is on the Delta flight, which leaves New Orleans and heads to Los Angeles. Meanwhile, Jennifer’s new movie, “Red Sparrow.” Its movie trailer is one of the movies that makes a debut during the Super Bowl.