Sarah Ferguson will have a royal invitation to Prince Harry’s wedding because the royal groom insists that his aunt should be there. 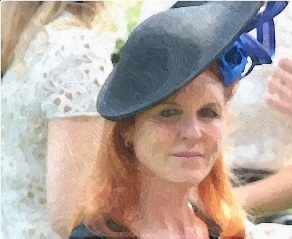 The Duchess of York gets the chance of attending a royal wedding after missing the 2011 wedding of Duke and Duchess of Cambridge and spending the ceremony at a spa in Thailand. A source dishes the scoop that Prince Harry suggests that the 58-year-old royal will be there when he ties the knot with Meghan Markle and informs the palace officials his request without uncertain terms. Another source reveals that the Duchess may be invited to evening reception only. The evening event might be held at Frogmore House in the grounds of Windsor Great Park. The source explains that many of the senior royals won’t be at the informal dinner as well as the evening party, which will be attended by Prince Harry and Meghan’s huge circle of friends. Meanwhile, Duchess Sarah has kept in touch with Prince Harry and spent the holiday together at the Swiss ski chalet. Her daughter Princess Eugenie will also marry at Windsor in October.