Jessica Alba, the star of “Fantastic Four”, recently revealed that her father was furious she posed for a magazine cover in a pair of tight white underwear. 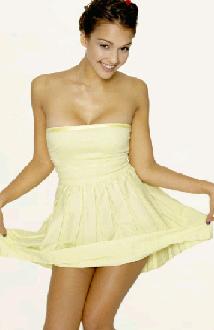 The actress revealed, “I did this risqué cover for GQ, which my father is still really angry about. Mom thought they were cute pictures and said she really liked them but my dad didn’t.”

The actress added, “He is incredibly protective and doesn’t like people thinking of me that way at all.”