Jessica Alba, who has sparked speculation that her relationship with boyfriend Cash Warren, would be in a ‘royal’ trouble when she revealed that she has a crush on Prince William. 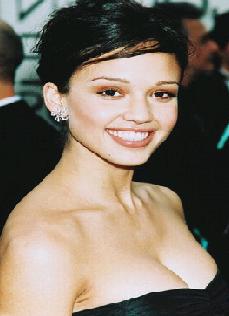 The 26-year-old actress, who shot to fame after her film “Sin City” became a runaway hit, also revealed she was still searching for a perfect father for her future children, according to a report in a website.

Jessica Alba, who has been dating producer Cash Warren from January 2005, said: “I always felt I had been born into the wrong family. I felt I should have been a royal.”