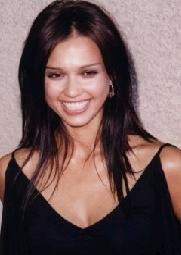 The pair, who currently shares home in Los Angeles, has been viewing properties in some of the city’s most fashionable areas, including Chelsea, SoHo and the West Village.

A source close to the actress revealed, “They love visiting New York and have decided to have a second home here. Jessica wants to have a cozy place to stay, since she finds herself working and shopping in New York all the time.”

The “Sin City” star has expressed her desire to escape Hollywood so that she can spend more time with her boyfriend.

She revealed, “It’s something I have been considering. Just being an actress and being in a relationship is tough – I don’t recommend it.”