Jessica Alba, who has taken part in an online staring contest, has posted a video of herself. The video includes that she would not blink for almost seven minutes. 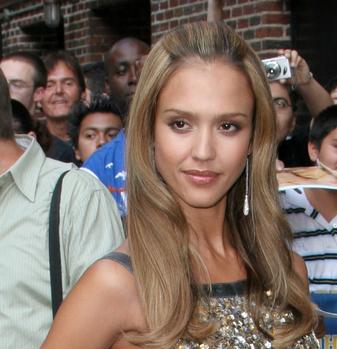 The “Sin City” star revealed in the footage she had been challenged to the contest, and was “throwing it out to all the girls” before giggling and making faces into the camera.

This is Jessica Alba’s latest posting on the website, which was co-founded by her fiancé Cash Warren.

She has also taken part in an “Office lip-synching contest,” which saw her mime to Panic At The Disco’s track “Nine in the Afternoon” as well as a “Best you with a celebrity” picture competition that saw her post a picture of her and Ben Kingsley.

In her profile on the website, Jessica Alba revealed that her strengths are “sheer will and determination” and her weakness is a “short attention span.”