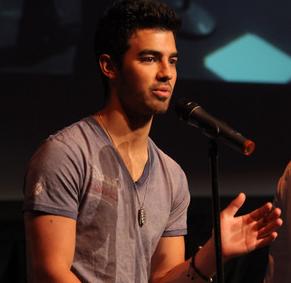 The crowd sang “Happy Birthday” while Kevin’s wife Danielle and a female friend brought out a birthday cake. Joe wrote on his Twitter that the show was amazing.