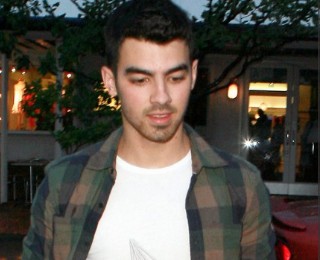 The 21-year-old singer insisted that he didn’t retweet the ocean up article and would never retweet something like that. He was also looking into his account security.

Meanwhile, Joe was spotted while shopping at Fred Segal with a friend on February 18 in West Hollywood, California. His girlfriend Ashley Greene grabbed some Starbucks at LAX.