It seems that Joe Jonas and Nick Jonas love to eat fast food. The members of Jonas Brothers were spotted carrying some takeout from McDonalds on Tuesday, March 10. 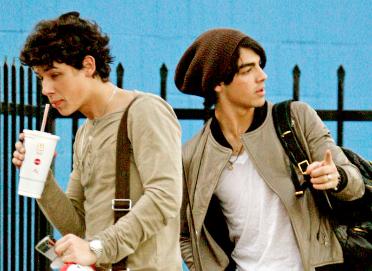 The 19-year-old hunk and the 16-year-old Jonas later headed into a studio in North Hollywood. However, their older brother Kevin Jonas was nowhere to be seen.