John Travolta admits he has to work hard at his marriage. The actor believes marriage is a life-long commitment and isn’t always easy. 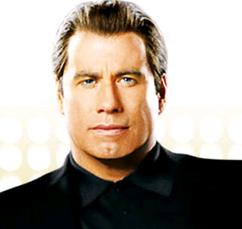 The actor revealed, “We’ve been married for almost 16 years and we have to work at it. Most people forget that you have to create relationships. The allure of the first years settles down and at that moment, you better start creating it, otherwise you’re going to lose out.”

The 53-year-old star revealed that having a high-profile relationship is difficult because people are always gossiping. He added, “You have to be ready to battle the worst insults, the worst innuendos. People say things that hurt. I think, ‘Wow, so because I have money or fame, I don’t have problems? I don’t have feelings?’ I just try not to take offense.”

John recently revealed he and Kelly are going to try for another baby and have set themselves a fertility timetable. He said, “I was told by Kelly that at the end of the summer we’re going to try.” Kelly Preston, his wife, added: “We’ll try after we finish the movie we’re doing together, ‘Old Dogs,’ with Robin Williams and our daughter Ella. So after that!”