Chuck Berry, a legendary rocker, once mistook his opening group, which featured a young Johnny Depp, for his backing band. The rocker asked the actor to tune his guitar for him. Johnny Depp, a star of “Pirates of Caribbean 3”, was just 17 years old when his band The Kids supported Chuck Berry at a concert in Atlanta, Georgia. 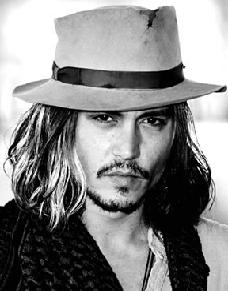 The 43-year-old actor revealed, “I was in this band, The Kids. And we opened up for Chuck Berry in Atlanta. I was 17. He arrives. He comes into our dressing room. He thinks we’re his band. So I was, like, stupefied.” The actor added, “And he handed me his guitar and said, ‘Tune it up.’ So I plugged it and used the strobe tuner. He was like, ‘What the f**k is that?’ ‘A strobe tuner, man.’ He was mesmerized.”