Johnny Depp and Vanessa Paradis were having a serene family life French hamlet of Plan-de-la-Tour. 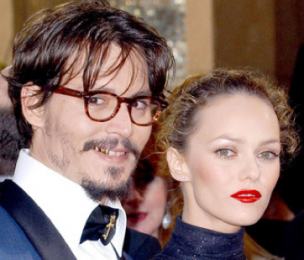 Now, a report suggested that the couple largely lives in Los Angeles and their relationship have already ended. In People’s week issue includes some information on Johnny’s solo night out. One thing is certain, Johnny and Vanessa have not been spotted together on a red carpet for more than a year.