Johnny Depp continues to perform with his rock band The Hollywood Vampires despite the social media campaign starts to boycott the show. 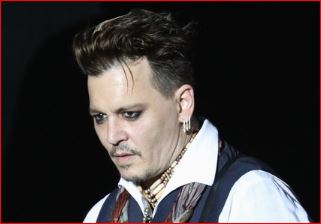 The actor waves to the crowd while performing at the Grona Lund Amusement Park on May 30 in Stockholm, Sweden. He performs with his band members Alice Cooper and Joe Perry. They decide to continue the concert even though there is a threat of boycott after allegations of assault claim by the actor’s estranged wife Amber Heard. The place supports their decision to not cancel the concert and insists that Johnny is innocent until proven guilty. Meanwhile, it’s still unclear how the boycott will affect ticket sales at the concert.