Adele secretly buys a Beverly Hills mansion, which is a 6,600 square foot home in L.A. County. 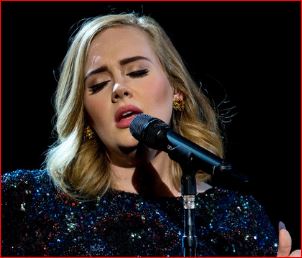 Even though the seller is asking $9.9 million, so the singer is able to make a bargain when she pays $9.5 million for it. The house includes four bedrooms, six bathrooms, a pool, a treehouse and outdoor train set. According to the report, Adele closed the deal a month ago secretly but she has not even moved in since she was still on tour. Other celebrities, who live in the celebrity-populated gated community, are Jennifer Lawrence, Ashton Kutcher, Mila Kunis, Cameron Diaz, Nicole Richie etc.