Johnny Depp, the star of “Pirates of Caribbean 3”, is so thankful for his Hollywood career and happy family life. It is because he almost lost it all early on in his career when he became completely dependent on alcohol. 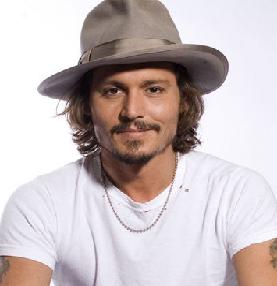 The actor said how he almost destroyed his chances of a decent career when he got addicted to alcohol. Johnny Depp soon realized he could not carry on with his dependency on booze, and kicked the habit to get his life back on track. And the star is now settled down with long-term partner Vanessa Paradis and their two children: Lily-Rose, seven-years-old, and Jack, four.

The 43-year-old actor revealed, “It was trying not to feel anything… My drug of choice back then was alcohol. It might have had the facade of being recreational, but even then I knew it wasn’t… I would end up having to go places or do things that I didn’t want to do, and it went against the grain.”

The actor added, “I would end up in these strange situations, making small talk with people I didn’t particularly know. I literally had to be drunk to be able to speak and get through it. I had a keen idea that it was not good at that point. But you get liquored up and then once you are in that spiral you don’t even get hangovers any more. You wake up and have another drink.”