The Jonas Brothers’ Lovebug video, which was directed by Philip Andelman, will debut on the Disney Channel on Sunday, October 19. 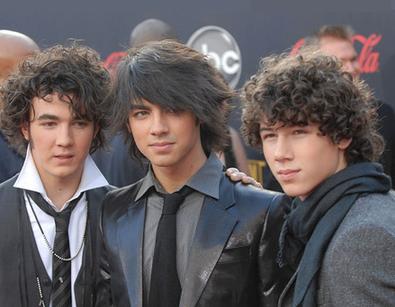 It will be followed by the airing of another video on the making of the Lovebug video.

The Jonas Brothers told their fans on their blog: “We are so excited about this video. We encourage you to watch it with your boyfriend, girlfriend, Mom, Dad, and even Grandparents. We hope they will all love it.”

The Disney stars, who debuted the single at the VMAs on September 7, told MTV news that it is a period-piece love story inspired by The Notebook. They wrote the song while on the Hannah Montana tour with Miley Cyrus.

The inspiration for the track came from the soundtrack of the 2007 comedy drama Juno and the song is influenced by the Beatles.

The Jonas Brothers will rock live at halftime during the Dallas Cowboys game against the Seattle Seahawks on Thanksgiving Day, November 27.

Other upcoming performances by the sibling rockers include those at the San Diego Sports Arena in San Diego, California, on November 15 and at the MGM Grand Garden Arena on November 19.