Teen pop sensations The Jonas Brothers have set young female hearts fluttering, by revealing they would rather date fans than fellow celebrities. 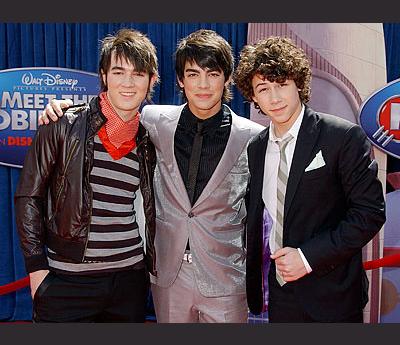 During a question and answer session on their MySpace.com page, the brotherly bandmates have revealed they have dated fans in the past – and would do so again.

They wrote: “We really like to believe that the girl we will spend our lives with will be our biggest fan.”

But Kevin, Joe and Nick did not give any clue of they are currently single, as they insisted: “It is our rule to not talk about our personal lives, especially who we are dating.”

The revelation will confuse some people because Kevin Jonas recently reportedly declared that the band were too busy to date, and would never consider going out with a fan. He was quoted as saying: “We wouldn’t really want a girl we dated to be a fan. We love to date but it’s almost impossible with our schedule. We’re on the road at least 265 days a year, so forming any significant relationship with someone is too difficult.”