Allegedly punching a waiter in a drunken scuffle at a Paris airport, Jonathan Rhys-Meyers is charged with “willful violence, outrage, hitting and threatening death.” 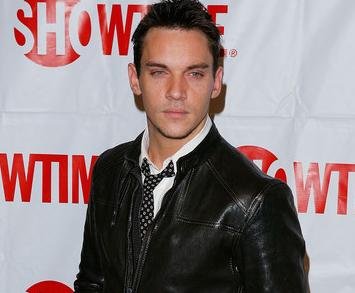 Irish actor Jonathan Rhys-Meyers was detained by French police on Saturday afternoon, June 20 after he was involved in a drunken scuffle at a Paris airport. According to Agence France-Presse, he was placed in custody for several hours after allegedly punching a waiter at “Le Quotidien” bar in terminal 2F at Charles de Gaulle airport.

The incident began when a bartender at the venue refused to serve Rhys-Meyers, who appeared to be drunk. The star was then involved in a shouting fight with the bar’s manager. Another employee was quick to come to their way, attempting to separate them. It was during that time that Rhys-Meyers punched the intervening waiter.

Rhys-Meyers reportedly was handcuffed when being placed in custody. He was said remaining in a sober lock-up area for three hours before being released. He is ordered to appear in court in a Paris suburb September later this year on charges of “willful violence, outrage, hitting and threatening death.”

Arrested for drunken scuffle isn’t something new for Jonathan Rhys-Meyers. Back in November 2007, he was arrested in Dublin Airport for a drunken clash with airport staff. The arrest occurred just months after he checked into an alcohol-treatment program.