Jordan, who is also known as Katie Price, shows no sign of improving when it comes to her ability to get out of cabs demurely. 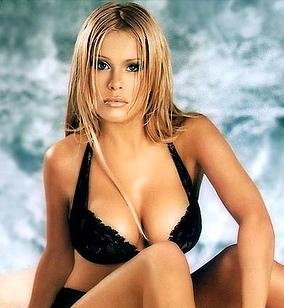 The former glamor girl has attracted attention when she arrived at China Whites with her friend Michelle Heaton on Halloween night. The pair attended the birthday party of Bianca Gascoigne.

The English model, which wears a saucy military inspired leather costume, gave clubbers an eyeful as she showed off her bright pink pants which were just about covered by her tiny outfit once she left the car. You could see Jordan’s underwear flash here.